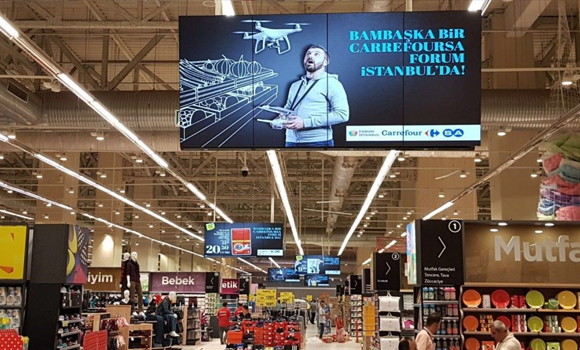 European leader, the world’s second-largest hypermarket retail chain Carrefour Group, became the first to introduce hypermarket consept to Turkish consumer by opening its first concept store in 1993 In 1996 CarrefourSA name was borned with the partnership made between Carrefour Group and Turkey’s one of the biggest group companies Sabancı Holding. CarrefourSA strengthened its presence in the sector by acquiring local supermarket chains in 2005 and 2015; and spread especially in Anatolia. CarrefourSA provides services to different customer segments under the concepts of Hyper, Super, Gourmet, Mini and E-Commerce. As of 2019 their stores reached to 33 hyper, 372 super, 196 mini and 24 gurmet which makes totally 625 stores in 55 cities.. CarrefourSa continues to invest in Turkish market and be the address of pleasant and modern shopping for consumers.